From the Office of Commissioner Sandra D. Kennedy

Phoenix - Arizona Corporation Commissioner Kennedy has ensured that the Navajo Nation, the Hopi Tribe, and other coal-impacted communities will have multiple paths for economic development support after coal generation power plants and associated mines are shuttered.

During Tuesday's Special Open Meeting to hear Tucson Electric Power's request for a rate increase, Commissioner Kennedy thanked Navajo Nation President Nez and Hopi Chairman for their tireless efforts on behalf of their Tribes as coal plants and mines close in northern Arizona.

Commissioner Kennedy noted that while there is no one size fits all solution when working on a just transition towards a clean energy economy, the TEP rate case provides an opportunity to focus on those specific communities impacted by specific coal plant and mine closures. Commissioner Kennedy thanks her fellow Commissioners for joining in her proposal and expanding upon it to ensure that these communities are heard and supported after the closure of coal plants such as Navajo Generating Station and Four Corners Power Plant. 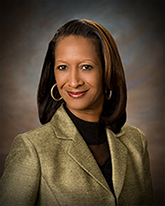 Sandra D. Kennedy was re-elected to the Corporation Commission in 2018 on a platform of restoring integrity to the Commission, lowering unjustified utility rate increases, and creating more solar and renewable energy in Arizona, especially roof top solar. Commissioner Kennedy was first elected to the Arizona Corporation Commission in 2008 on a platform of promoting solar energy in Arizona, and as a fierce consumer advocate. She started her public service when she was elected to the Arizona House of Representatives in November 1986, where she served for six years before successfully becoming a state senator in 1992. She served three terms as State Senator. Sandra was also elected to serve on the Phoenix Union High School Governing Board for a four-year term in 1990, serving concurrently with her last term in the Arizona House and her first term in the State Senate.